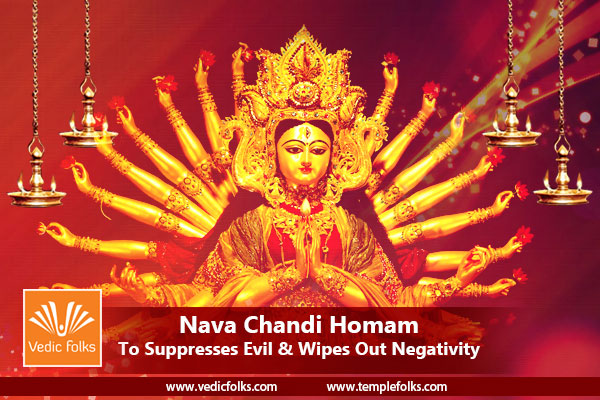 Nava Chandi Homam - To Suppresses Evil And Wipes Out Negativity

Goddess Chandi is one of the most powerful goddess of the Indian pantheon. Chandi means to tear apart i.e. to rip open our negative thoughts that belie us and reveal the ugly side of a person. She is nirakara (without form) and is responsible for creation, preservation and transformation.  Her glories have been sung from the Puranic times and recorded in the ancient classic Devi Mahatmayam. It elucidates how she appears in the lives of her devotees so that they attain peace and joy.

The Vedas sing plaudits of Maha Shakthi who is the embodiment of goddesses Laksmi, Saraswathi and Parvathi. The Devi Mahatmyam is also called Chandi Paath or Devi Sapthashti. It depicts how the super goddess killed Madhu and Kaidabha as Vishnu Maya, destroyed Mahishasura as Lakshmi and slayed Shumbha and Nishumbha as Goddess Saraswathi.

In this great magnum opus, the goddess is portrayed as Goddess Chandi, Chandika or Chamunda, the reckless one and the fierce manifestation of the goddess who is feminism personified. She is enraged, zealous, or devastating. It is said that when the gods were furious, all their energies put together brought forth a blaze that was transformed as Chandika which is a cosmic form.

Vedicfolks’ Nava Chandi Homam is on the anvil that too on a very auspicious day, Chitra Pournami, and it removes all types of hurdles or blocks that stumps a person’s progress in life. The Chandi goddess annihilates and vanquishes evil in any form and restores equilibrium or balance in the universe.

One is blessed with powers that gives strength to face any type of adverse situations or hurdles and brings success in all walks of life. It’s considered one of the most crucial forms of worship dedicated to the Universal Mother Durga. It’s believed that the goddess emerges out of the sacred fire in the virtual form to grant her devotees with blessings. The vibrations are so intense during the ritual that one can feel the same for sure.

The Yagya That Wards Off Fear And Sorrow

The Nava Chandi Homam is a conglomeration of nine mantras that are part of the ritual and includes the Divya Saptha Shlokha mantras too.  Chanting of the mantra helps destroy fear among the mortals and provides auspiciousness as they meditate on her sensibly. She is readily available to ward off fears, sorrows and adversities of her admirers. It describes her as Shiva Swarupa who fulfils all wishes. Goddess Chandi is a composite personification of Lakshmi, Saraswathi and Parvathi having plenty of attributes of Trayambaka with three eyes that spans past, present and future. She rescues the distressed and oppressed who surrender before her whole heartedly. In such a state, no one goes astray and no misfortunes befall the devotee. Her divine grace works to destroy our inner enemies and when she is pleased she mitigates all sufferings and brings success, wealth and prosperity into our lives.

There is also the recitation of Chandi Navakshari Mantra which when recited evokes the powers of the Kundalini chakra and delivers success and a sense of achievement to an individual. It is also called the Chandi Gayathri and is a nine-lettered verse also called Navarna mantra. One of the primary mantras of Shakthi worship, it is mandatory to chant it for the Nava Chandi ritual.

How  To Get  Relief From Evil Effects 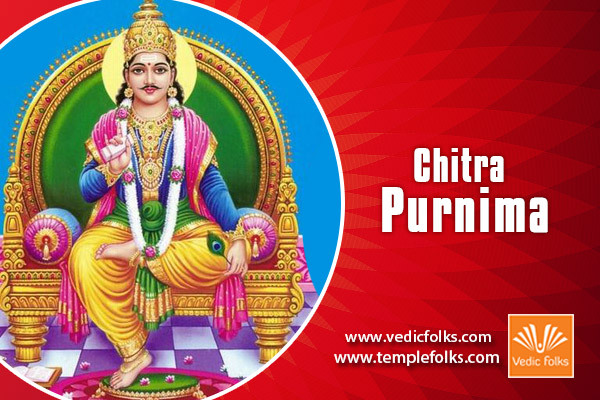 What you get by performing Chandi Devi homam 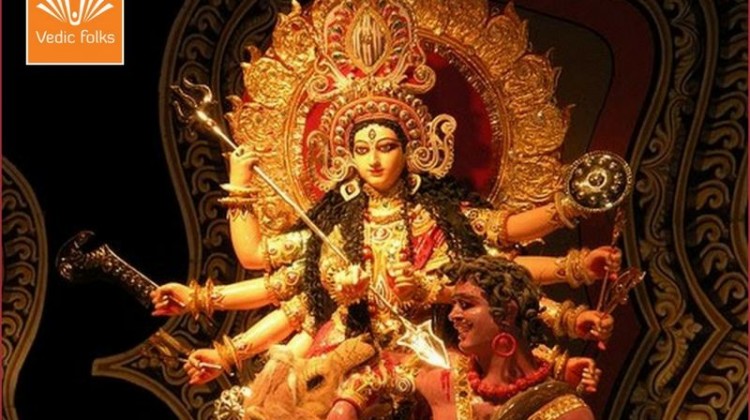