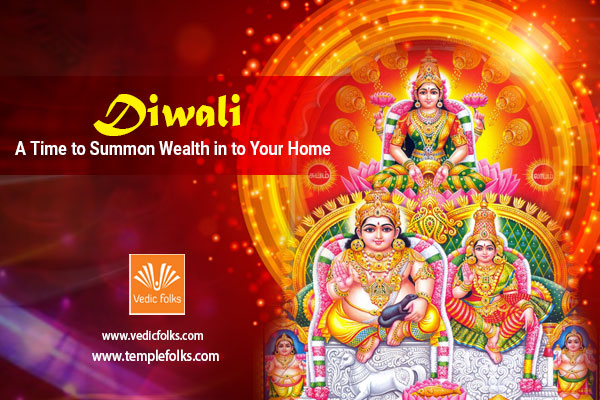 The Joy And Gusto Of The Festival Of Lights, Diwali

Diwali, the most awaited festival, is synonymous with brightness and optimism. From a toddler to an octogenarian or more, the festival symbolises hope and enthusiasm. The festival of Diwali is traditionally celebrated on Naraka Chathurdasi thithi that precedes the New Moon day in the month of Aippasi or mid October-mid November.

Diwali Lights Up Your Life By Removing Gloom

The celebration itself takes place due to many reasons.

Predominantly in the southern parts of India, the festival commemorates the victory of Lord Krishna in the battle against the asura king Narakasura. Diwali also glorifies the return of Lord Rama from his exile of 14 years after defeating Ravana. People celebrated the day by lighting of lamps on their verandas in a row and this exactly means Deepavali or a row of lights.

According to another version, the day is celebrated to mark the return of the Pandavas to their homeland after 13 years.

It also signifies the emergence of Goddess Lakshmi from the sea at the time of churning of the milky ocean and the birth of Goddess Kali to destroy evil from the world.

The Sikhs celebrate the day as the day when their Spiritual Guru, Hargobind achieved freedom from captivity of Mughals. For the Jains, their Lord, Mahavira attained enlightenment on this day. The business fraternity consider this festival as the start of a new business year.

Everything about Diwali is so exhilarating. Be it the puja to deities, bursting of fireworks, the gourmet food or the sweets’ spread, it’s quite an experience. No wonder it’s a festival of grandeur and enthusiasm.

The Lakshmi puja on Diwali is so auspicious when the beautiful goddess is invoked with special pujas and arthis in to the household. It is said that by doing so one beckons auspiciousness and prosperity. The festival therefore, is a wealth attracting fete for the people.

The Five-Day Significance Of Diwali

In northern regions of India, Diwali is a five-day festival. The first day is called Dhanteras or Dhantryodashi and marks the appearance of Lord Dhanvantri from the ocean with a pot of nectar of immortality in his hand. Goddess Lakshmi emerged from the ocean on this day. Therefore people carry out financial dealings with the goddess’ blessings.

The second day is the day when Lord Krishna destroyed the demon Narakasura also called as Narak Chaturdashi.

The third day is Diwali a day to decorate homes with earthen lamps to mark the return of Lord Rama after 14-year long exile.

The fourth day marks the kind and benevolent gesture of Lord Krishna who saved the people from a catastrophic rain by lifting the mountain Govardhan in Mathura.

The final day is Bhai Dooj when brothers and sisters come together to spend quality time. According to scriptures, God of Death Yama visited his sister Yami who welcomed him with great reverence. Yama declared that this day will be celebrated in future by all people and is also called Yama Dwitiya.

The festival of Diwali holds plenty of auspiciousness due to the above reasons. Rituals to appease gods to grant wealth holds great significance in this context. Vedicfolks has arranged powerful wealth attraction rituals for the day so as to benefit from them. 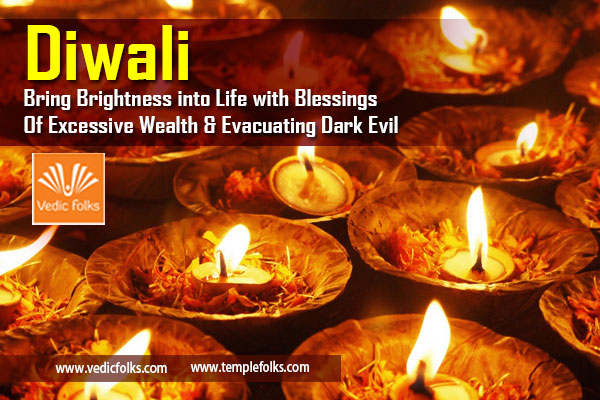 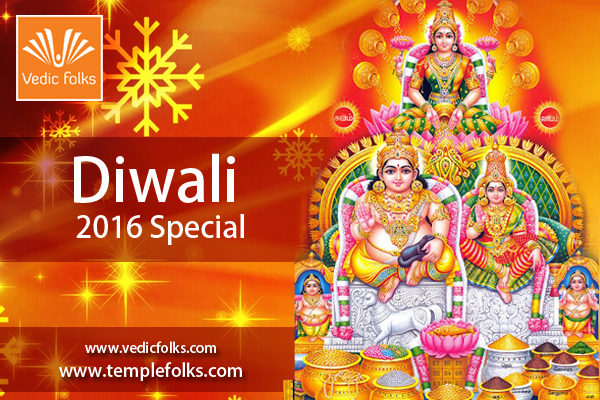