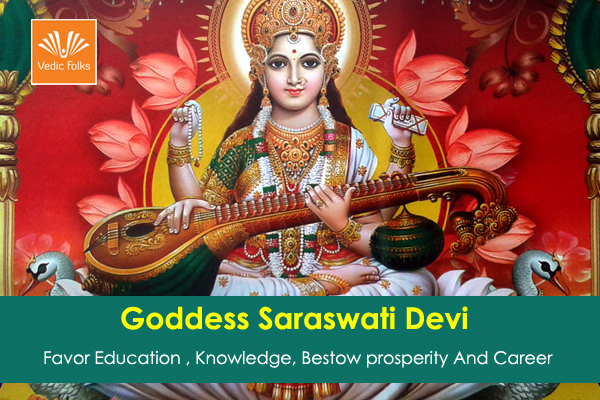 Goddess Saraswati devi temple is dedicated to Goddess Saraswati which is located in Kashmir and it is the last Shakti peethas where the Goddess Sati right hand had fallen in this temple. In this temple, Goddess Saraswati is  named “Kashmirethu Saraswati”. The height of this temple is about 11000 feet above the sea- level and 7 miles from Srinagar. According to legacy, Braminhas refused to perform the thread ceremony of Shandilya, the son of Vashishta, an ascetic Rishi. Then Vashishta instructed his son to go to Kashmir and offer his services to goddess Sharada Devi. He came to Kashmir and meditated in Sharada Vanam for long. He bathed within the holy AmarKund Lake next to Sharada temple. Then his body became radiant gold by the grace of goddess. He later came to be referred to as the famous Shandilya Rishi. The temple had entrances altogether four directions. Eminent scholars and philosophers had entered the temple from other three directions except from the South. Adi Guru Sri Shankaracharya visited the temple in 8th Century AD from the South. He defeated all the students during a philosophical debate and ascended the “Sarvajna Peeta” (the seat of all knowing). Sri Sharada Devi, the presiding deity herself set a test for Sri Shankaracharya. Sri Shankara passed the test and received the blessings from Devi.

How To Perform Pujas To Goddess Saraswati Devi

The Saraswati Puja is devoted to Goddess Saraswati who is that the goddess of education and therefore the wife of Lord Brahma, the creator of universe.She bestows an excellent wealth to humanity, i.e., the wealth of data and she or he must be propitiated. The puja room must be clean and neat and an image or statue of Saraswati, the most deity of the festival, is adorned and decked with yellow flowers. Some people provide garments for the idols and cloth covers for the photographs , leaving the face and figure of the deity uncovered. These dresses are yellow on the festival day and therefore the protect the seat where the deity is placed along side an idol or picture of Ganesh, is additionally yellow with gotakinari(fringes) attached all round. Sweets are offered to the Goddess Saraswati then distributed among the devotees.

According to the Vedic Scriptures, Goddess Saraswati is worshipped for her purity and enriching powers. it’s also a known incontrovertible fact that Goddess Saraswati invented the language Sanskrit that’s known to be the language of scriptures, scholars and Brahmins.
Saraswati puja is widely known by all people in India. This festival is primarily significant for scholars and students who worship Goddess Saraswati with dedication to accumulate wisdom and knowledge. On the tenth day of Navaratri, Vidyarambham is celebrated- each day when children are blessed and first introduced to the world of alphabets.