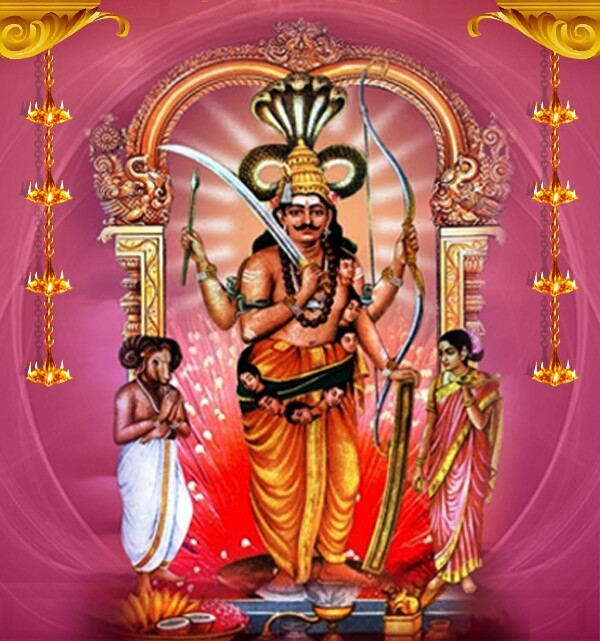 Sri Veerabhadra Swamy Homam is performed by following excellent arrangements and precision. Its main aim is to attract the divine aura and blessings of the mighty Shiva in the Veerabhadra avatar. In the Homam, a mandapa is set, and rituals are performed. A fire kund is lighted to attract the vibrant and sacred aura of Lord Shiva. Fruits, flowers and a special prasad are offered to Lord Veerabhadra. Mantra, stotra and chanting of important legends is also a crucial part of this Homam. Chanting the “Om Hreem Hoom Vam Veerabhadraiah” mantra is an integral part of Sri Veerabhadra Swamy Homam.

Sri Veerabhadra Swamy Homam is one of the vital fire rituals to bring the boons of the supreme Lord Shiva. He eradicates all sorts of negative energy from life and brings endless happiness. The pious fire ritual crushes the negative attributes such as ego, arrogance and self-obsession. If you wish to attain great heights, then this Homa ritual should be your ultimate resort. It removes pains, longings and all types of sufferings from a devotee’s life. All the debt and monetary issues can be resolved with this powerful Homam. The terrific ritual brings prosperity and abundance to life.