Home  »  Vedicfolks.com   »   How to Worship Kalabhairava

How to Worship Kalabhairava 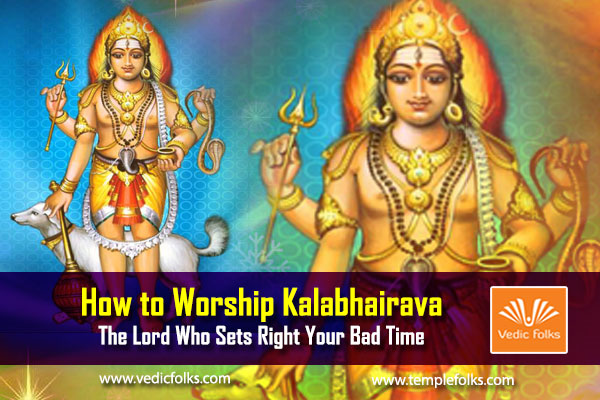 How to Worship Kalabhairava

The Lord Who Sets Right Your Bad Time

Kalabhairava – The Time-Keeper God Who Is the Guardian of All

Kalabhairava – This magnificent form is a manifestation of Lord Shiva who oversees the march of time.  The word Bhairava originated from the word bhiru which means frightful. Though he presents himself in a terrible form, he is actually protecting his devotees from all negative forces. In Shiva temples, idols of Bhairava are situated in the north-south facing direction. His complexion is dark and appears in a standing position with four hands. His weapons are drum, noose, trident and skull, and he is seen riding a dog.

Once, the three gods, Brahma, Vishnu and Shiva had an argument as to who is the most supreme. It was Brahma’s turn to speak, and what he said infuriated Lord Shiva. He cut a small portion of his nail and transformed it into Kalabhairava. This form cut off the head of Lord Brahma and that’s why the Lord is seen with a lot of weapons in the hand. However, Kala Bhairava had to pay for his deeds. He had to take up the vow of a Kapali in order to absolve of his sins. He roamed the entire world as a beggar with the skull of Brahma as his begging bowl. The sin got finally absolved when he reached Varanasi. A temple dedicated to Bhairava exists in Varanasi even today.

Lord Kalabhairava is the ferocious form of Lord Shiva. Kala Bhairava is the controller and God of Time. Kala means ‘Time’ and Bhairava means the manifestation of Lord Shiva. He converts your bad time to good one thereby ensuring your progress by removing all evil and negative forces around you. He is depicted with sharp angry eyes, tiger’s teeth, blazing hair, wearing garlands of skulls and a snake around his neck.  Kalashtami and Kala Bhairava Jayanthi are the most auspicious and ideal days dedicated to Lord Kala Bhairava. Ashtami day falls eight day after Poornima (Full moon day). He is also known as Kshetrapalaka, the guardian of the temple. In most of the temple, keys are submitted to Lord Kala Bhairava at the time of closing and taken from him at opening time. The dog is the vahana (vehicle) of Lord Kala Bhairava.

Taking care of dogs and feeding is one of the ways to showing devotion to Lord Bhairava. He is also considered as the guardian of travellers. It is advised that before undertaking a long journey or night travel, it is beneficial to worship Lord Kala Bhairava by lighting ghee lamps in his glory and asking him for protection during the journey.

There are 64 Bhairavas grouped under eight categories and control the eight direction of the universe. The group of eight Bhairavas are called as Ashta Bhairavas. The eight different manifestations of Lord Kala Bhairava are:

How to Worship Kalabhairava to Receive His Power Blessings

The worship of Kalabhairava works well for all people due to various reasons. It is especially special to pray to this form of Lord Shiva to escape fear or phobia, to remove evil spells and negative energies, eliminate hurdles that prohibit success and progress, gifts blessings of wealth, health and prosperity, to win battles, to get relief from critical illnesses, to attain special powers and energies, cure mental disorders, etc.  he also blesses the devotees with time management skills and is a true guardian of the masses.

— Before starting any form of reverence to deities, one must cleanse the body of all impurities early in the morn.

— On his birthday Kalabhairava Jayanthi, it is very special to offer obeisance to dead ancestors during the morning.

— Before starting any form of reverence to deites, one must cleanse the body of all impurities early in the morn.

— Placing a yantra of kalabhairava is mandatory by offering flowers, prayers and mantras.

— It is considered auspicious to recite Kalabhairava mantras which are very powerful.

— Feeding dogs on days like Kalabhairava Jayanthi is very special as the canine is considered to be the mount of Kalabhairava. Dogs can be fed with milk, sweets and curd.

— Offering food to Brahmins on the day is also considered beneficial.

— Devotees can also visit Bhairava temples in the evenings to please the lord.

Next post How Navagrahas Change Destiny for New Year

Previous post A Perfect way to Clear Past Life Sins 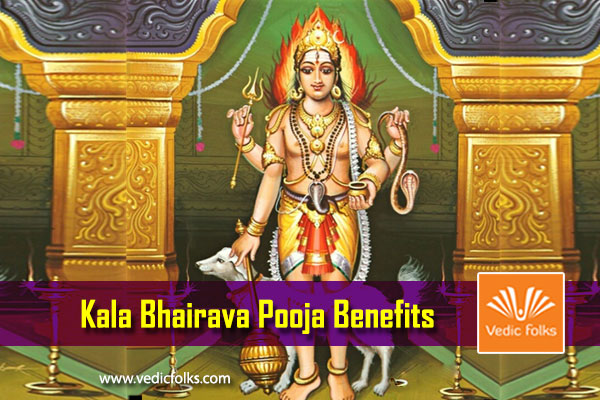