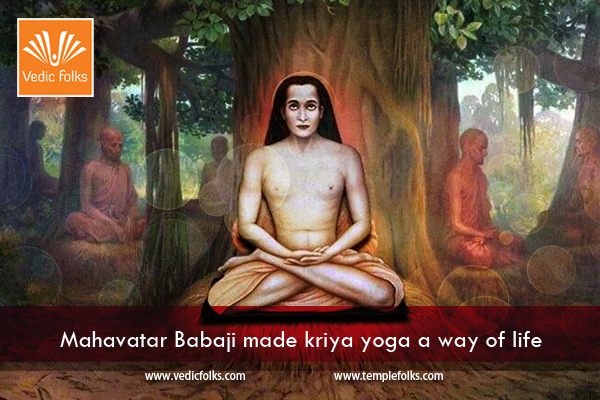 He Made ‘Kriya Yoga’ A Way Of Life

Between the period of 1861 and 1935, there lived a revered saint who was lovingly called Mahavatar Babaji. He was named such by his admired disciple Lahiri Mahasaya. This holy Guru was seen traversing the northern Himalayas, near Badrinarayan, and some say, in the avatar of Lord Shiva. When Gods in heaven want to mingle with ordinary souls on earth they present themselves in human forms or avatar.

Not many know the facts with regard to his childhood. But according to a book, Babaji was born on 30 November 203 CE in a coastal village of Tamilnadu called Parangikottai.  His birth name was Nagaraj and his father was the priest of a temple. Babaji’s guru was Bogar, a south Indian mystic said to have miraculous powers and spread the knowledge of Siddha in China.

Mahavatar is also called the deathless Babaji as according to some, he was about 500 years old during the late 1800s.

Some of Babaji’s childhood anecdotes are very interesting to comprehend. Once, his mother got a rare jackfruit that was meant for a family feast. Little Nagaraj found it and ate the fruit fully. This enraged his mom who stuffed a cloth inside his mouth that nearly suffocated him. He was saved but he thanked God for showing him that she was to be loved without attachment or illusion. Thus, his love for his mother became unconditional and detached.

According to another book, at the age of 11, Mahavatar Babaji embarked on a difficult journey on foot and boat with a group of ascetics to Kataragama, Sri Lanka. This is where he met his Guru Bogar and became his disciple. Young Nagaraj performed intensive yogic sadhana for a long time. At this time, he was inspired into Kriya Kundalini Pranayama by Saint Agastya on the advice of Bogar. He set on a long pilgrimage to Badrinath and spent 18 months practicing and preaching this form of ‘kriya yoga’. Babaji attained self-realisation shortly afterwards.

Somewhere around the year 1861, it was Babaji who taught the powerful series of yogic techniques to Lahiri Mahasaya.

Pages of Swami Yogananda’s autobiography, ‘Autobiography of a yogi’ contain references to his sister Mataji (meaning holy Mother) who also has lived throughout the centuries. Her level of spiritual attainment is comparable to her brother’s and she lives in a state of spiritual ecstasy in an underground cave.