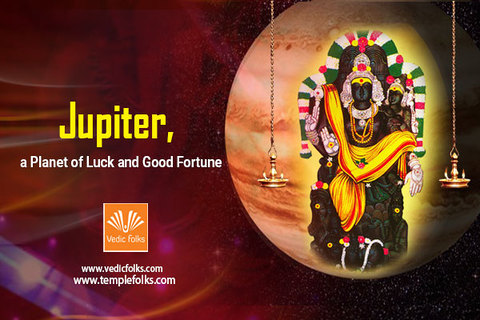 Jupiter, a Planet of Luck and Good Fortune

Jupiter Transit 2018 Can Be a Boon or Bane

Jupiter is called the planet of luck and is considered the most powerful planet of all the nine planets. It is the master planet and therefore it is called Guru or Teacher that imparts higher knowledge or learning to its natives. The planet rules over our ideologies and philosophy. Jupiter takes care of our ethical and moral principles, religion, and philosophy. Whether we are successful, prosperous or well maintained depends on Jupiter when it is placed in a good manner in your charts. But this planet can become your stumbling block too when it is malefic in nature.

In the Vedas, Jupiter is said to be the son of Angira, a great sage. He worshipped Lord Shiva for a long time and achieved the position of Tutor and was placed among the other planets. He brings spiritual and true learning to the devotees. He also brings happiness and fame.

The planet grants purity, truthfulness, fortune and happiness. It is beneficent in second, fifth, ninth, tenth and eleventh houses of the birth chart of a person. Sun, Moon, Saturn, Mars are its friends while Venus and Mercury are its enemies.

Guru or Brihaspathi takes about 12 years to complete one full journey around the Sun and it stays one full year in a particular rashi. This movement of Jupiter from one house to another is called Jupiter Transit. On 11th of October Jupiter moves from Libra Moon sign to Scorpio Moon sign.  If it inhabits the fifth, seventh and ninth houses in the horoscope, you may get good opportunities. It has a direct influence on a person’s wealth, marriage, children and fortune. During its movement, if it is exalted one becomes highly influential and enjoys a happy life and when it is debilitated, sufferings crop up and life ends in misery.

The transit of Jupiter may be favourable or unfavourable depending on planetary positions and dasha patterns. Therefore performing ceremonies and rituals by all natives of different rashi can be useful in the long run.

Guru also popularly referred to as Dakshinamurthy is a form of Lord Shiva who is worshipped as one who brightens the world with cosmic knowledge that illuminates the soul.

Vedicfolks will revere Lord Dakshinamurthy and Planet Jupiter on the day of the transit. While the former ensures excellence in education, good marriage prospects and blessings of Lord Shiva, the latter grants longevity and success in business besides giving good health and wealth.  There are other rituals too lined up to calm the effects of Planet Jupiter like the Adi Devata and Pratyadi Sahitha Brihaspathi puja. 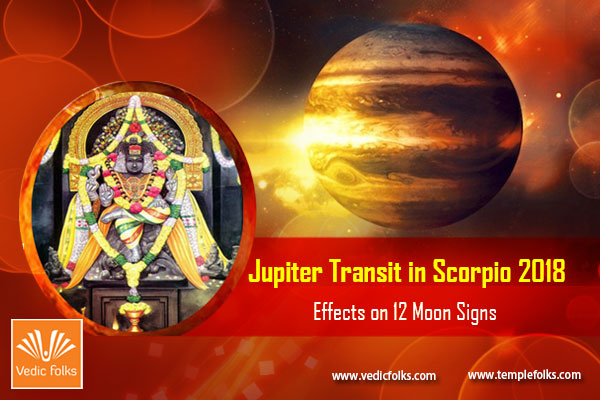