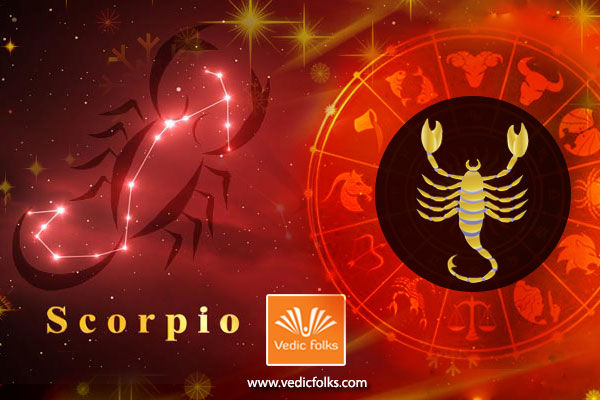 Hard-working, Spirited, Strong-willed, Zealous, and Highly Competitive. Scorpio is the 8th sign in the zodiac and it represents people who stay loyal, fierce and Determinant. The Scorpion Constellation is not only uncanny but also the largest constellation in the zodiac circle. It is so humongous that Legends considered Libra constellation as Scorpio’s claws. Scorpio is ruled by the Planet Pluto, which is responsible for destruction and evolution. A Scorpion can evolve into a greater human when his principles and ideologies are pure and delightful, while it also results in destruction when a Scorpion allows his ego to control his mind and soul altogether.

Scorpions utter and also expect to hear the truth. They are more like warriors who’d go to any extent to win the battle or even turn the tides whenever necessary. Scorpions fall under the water-based sign, who are subjected to a natural ability to chase their dreams, build everlasting trust and friendship that stands sky high. A Scorpion comes as a complete package of “never give up” attitude that is impeccable in this competitive environment. They have a constant thirst to learn something new, to acquire new skills, to exhibit new talents and to climb the personal and professional ladder of success.

Although Scorpions have a fair coverage of positivities onto them, they also do have a considerable among of negative traits that more or less equalize when weighed against those positivities in a physical balance. They hate to say “no” when they have been assigned a task, which already doesn’t fall under their territory. They are not great persuaders but still, Scorpions never take “no” for an answer which pulls their attention into unwanted directions at times. As personified with a Scorpion, they have a wilder side which when revealed to the outer world, can be displeasing and cause disappointment to themselves and others.

They believe that the key to success lies in being authentic and authoritative. Scorpion men are intellectual, appealing, and motivated people, who can contribute to any work as much as they can. They form a perfect mix of will-powered and egocentric men, who could transform into a better being with their will-power and also destroying by poisoning with their own ego. They shine at their absolute best when they have found their true friends and soul mate. And once they gain adequate trust and loyalty from them, the relationship goes entirely uphill with no looking back.

Scorpion women are conversation specialists. They like to talk as much as they expect others to listen to her talking. They are proud of their inner strengths and they never seem to compromise on it for anything or anyone. Although there is a worldwide talk about women gossips, Scorpion women are quite an exception as they are known to hold the secret of others in the most humble way. Scorpions extend great love, passion and helping tendency when they believe everything is in accordance. They hate people who are dishonest to them and most importantly, backbiting is a very big ‘no’ when you deal with a Scorpion.