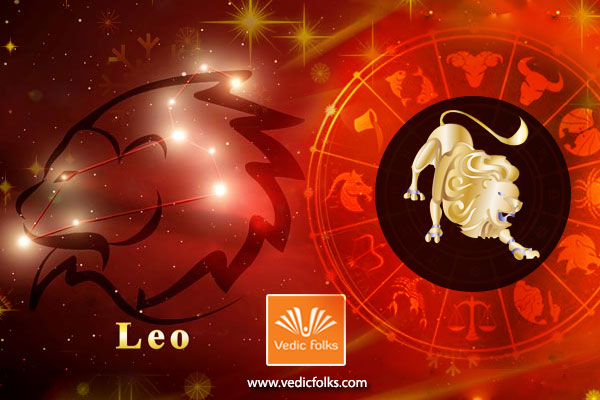 Leo zodiac sign – Confident, highly passionate, courageous and humorous, Leos earned the Leader badge amongst the 12 Zodiacal signs by exhibiting bravery and fierce. Leo belongs to the fire element and is ruled by the gigantic star in our solar system, Sun. The Sun is extremely aggressive and yet, it’s the major source of life on Planet Earth. This further explains Leo’s ferocious nature integrated with their conventional wisdom to look after people who are dependent on them. Leos are very widely appreciated for their leadership qualities, loyalty, strong-will, positivity, and also the aura that they carry wherever they go.

Leos possess rich creativity along with dynamicity which makes them very flexible according to the situation. Leos are always personified with Lions because of their courage and strength. Leos protect their family and close acquaintances with absolute love and desire as much as a Lion protects its pride with the utmost care and determination. Spontaneity, being generous and warm-hearted are some of the attributes that a Leo is naturally gifted with. People usually seek a Leo during difficult situations as they strongly believe in his enriched problem-solving skills as a leader and also as a family person. Lions are energetic, family oriented, and most importantly brave enough to face the enemy with heads high attitude. A Leo makes sure that people under his arms are safe and skilled.

It is said that one has to understand and figure out the thin line that separates aggression with arrogance. Leos sometimes tend to juggle across the line that they are often called as rude or disobedient. A Leo’s opinions are usually stubborn and also expect others to step into his universe every time. They believe in their decisions that eventually make it highly impossible to get them out of their opinions. With stubbornness comes ego, Leo’s headstrong and egoistic nature acts as a resistant towards their path of success. Sometimes they are not even aware of this fact which makes it even more worse. Leos expect people to be around or under them, that won’t let go of people very easily as they are considerably possessive and also jealousy many a time.

Alpha male is a term that perfectly fits into a Leo’s persona. Lions showcase rich bravery and courage when it comes to saving their families and friends. They are deeply connected to the emotional roots of the family that it becomes highly impossible to enter their zone to harm them. They also exhibit sheer determination and a manly character during confrontation thus acting as a role model for other fellow members among the pride. They project rigid dedication and shower immense love & care towards family members as well as close acquaintances. The bond that a Leo shares among the family are so tightly interlocked such that they stay as a single entity during all tough times, while Leo leading them from the front. A Leo wants to be loved, be taken care of, get pampered by the dearer ones most of the time.

She glows incessantly to nurture her family and friends. A Leo woman is the center of attention quite a lot of times because of her joy, charming presence and most importantly being decisive. She holds a pleasant smile among her acquaintances and also doesn’t shy away from showing her burning rage to threats when it comes to defending them. It is an undeniable fact that she has the ability to get anything that she thinks. She plans accordingly and executes it strategically unlike others who wait for the magic to happen. Leo is an epitome of destruction when it comes to threats, struggles, and enemies in any form.