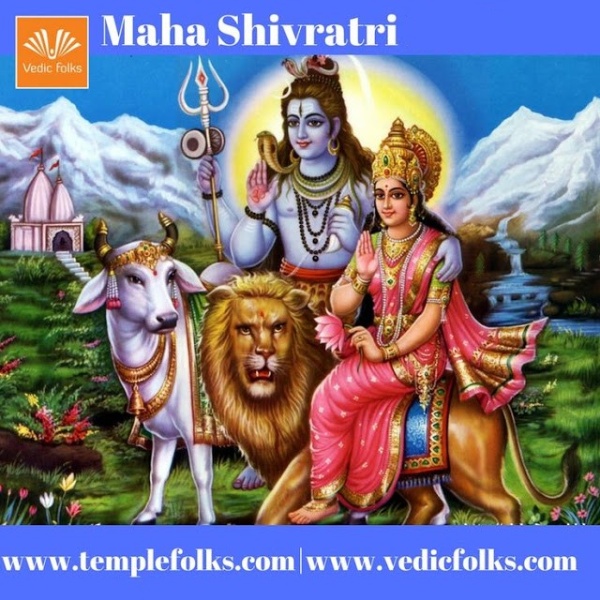 Maha Shivaratri is a great opportunity to connect with the divine formless form of Lord Shiva, the Lingam, who symbolizes ‘all-auspiciousness’, and to invite these energies in your life. In essence, it is the most powerful night of the year to remove deep seeded karma that is holding you back. It depends on your thoughts spanning this window of time so as to be very conscious for poojas and prayers. Poojas during Maha Shivaratri are amplified by 10 million times!.

Maha Shivaratri is the prime time for every soul to get into the primordial consciousness of non-existence or Nirvana. One is required to keep vigil during the night in order to receive Lord Shiva’s grace and blessings.

The day signifies the marriage of Lord Shiva and Parvati. Devotees honour, glorify and worship the primal atman with sanctifying rituals and festivities. It’s a very auspicious day for superior blessing of the Lord who grants freedom from sins, blesses with moksha. According to religious scriptures, all planets are favourable during this time and have a profound impact on all. A true devotee is blessed with health, wealth, success and is freed from all problems and sins. Vedicfolks special rituals on Maha Shivratri will bring you closer to the lord and shower with innumerable grace on the day.

Get the Blessings of Lord Shiva on Maha Shivratri Day