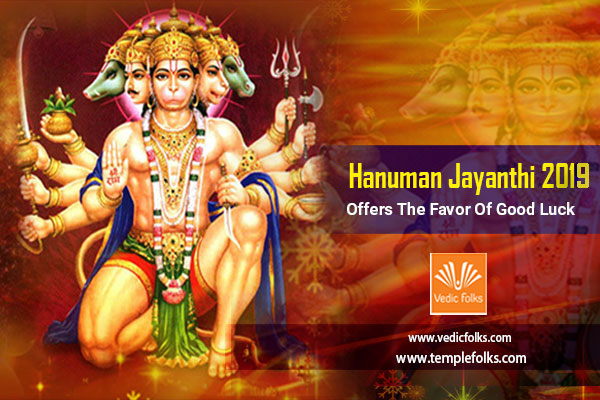 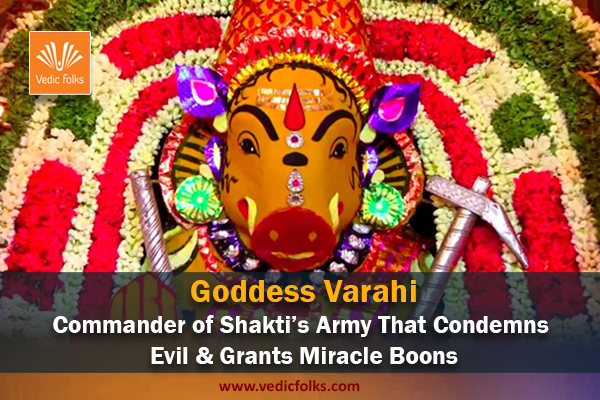 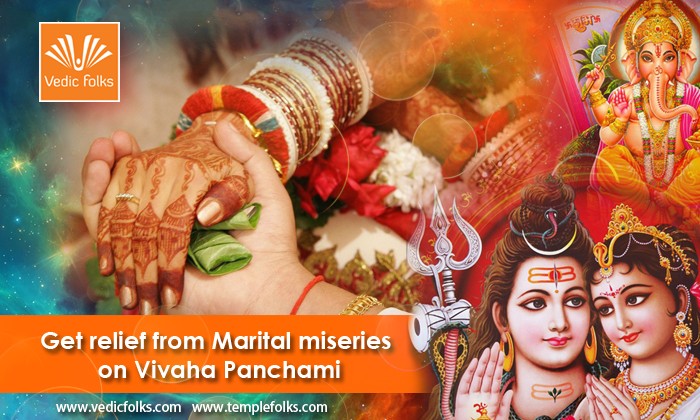 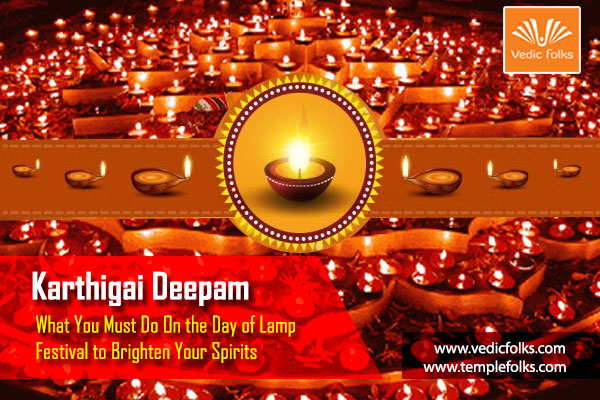 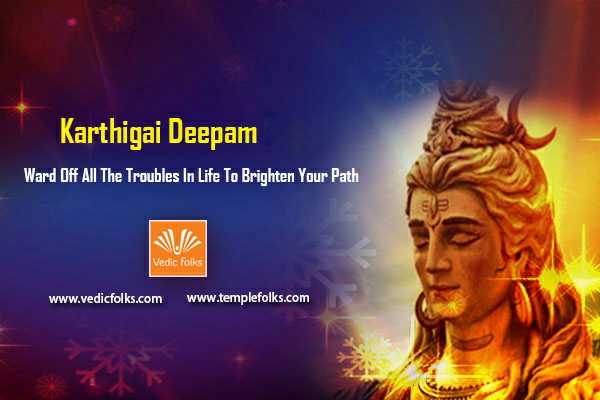 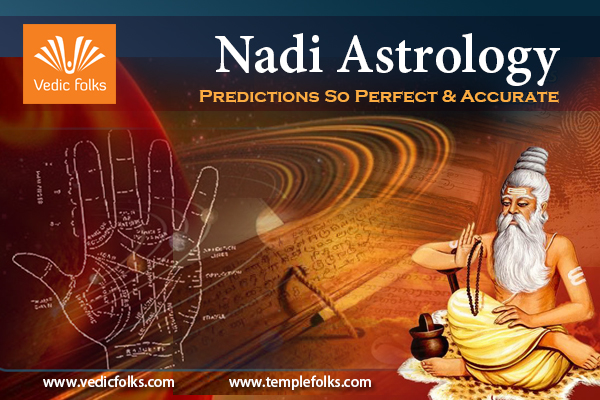 Nadi means “in search of”. An individual will get the right nadi leaf at the time when he is destined and will get correct, accurate nadi readings with remedies to change his life for the better. First the individual needs to give the thumb  impression – right hand thumb for men and left hand thumb for women and with the thumb impression, the nadi astrologer will get the correct palm leaves which will be read after further confirmation on certain details like the individual’s name and the names of his parents, children, siblings and spouse. The nadi astrologer will begin with general kaandam followed by chapter 13 and 14 on remedies. Different nadi readers have different charges. Most nadi readers near Vaideeswaran Kovil charge around INR 3000 per chapter.

Agathiyar was a great Hindu sage whose Nadis are famous near Vaideeswarar Temple near Thanjavur in Tamilnadu. It is based on the belief that the past, present and future lives of all humans were forseen by Hindu sages in ancient time.

Nadi is famous in Tamilnadu and nadi leaves are written in ancient Tamil Script known as Vatteluttu. They were written in palm leaves by Rishi Agathiyar who was an astrologer with extraordinary vision, intuition and a highly developed consciousness. These ancient records of providence, fate and destiny are famous around Vaitheeswaran Temple where nadi reading is done by hereditary practitioners of this art and science of nadi astrology. The practitioners use the thumb impression to find the correct nadi in palm leaves. Thumb impression of right hand is taken for men and for women the left hand thumb impression is taken. These nadi leaves were initially stored in the premises of Thanjavur’s Saraswati Mahal Library in Tamilnadu. The British colonialists later showed interest in the nadi leaves concerned with herbs and medicine, future prediction etc. Many nadi palm leaves were lost and the remaining was auctioned during the British rule. These nadi leaves were obtained by families of astrologers at the Vaitheeswaran Temple and have been passed down over the years from one generation to the other. There is also another set of astrologers claiming that the content written in the palm leaf is a conversation between Shiva and Parvathi. This is called Shiva Nadi Josiyam.

The basic concept of Nadi Astrology is Nadi. There are 150 Nadis in a sign or rasi. One sign is 30 degrees of the zodiac which is 360 degrees. Twelve signs of the zodiac are grouped into three categories – Chara Rasi or movable signs, Sthirai Rasi or fixed signs and Dvisvabhava Rasi or dual signs. The nomenclature of 150 nadis is peculiar to each of these three types of signs. There are 1800 nadis in 360 degrees. Numbers and names of nadis are identical among all four chara rasis. Among all four sthira rasis, numbers and names of nadis are identical but numbering is different from those in chara and Dvisvbhava signs. Similarly numbering of Nadis in all four dvisvabhava signs are identical among themselves, but different from chara and sthira signs. For instance the first nadi in chara rasi such as Aries is Vasudha Nadi, but in sthira rasi, the order is reversed and Vasudha is 150th nadi. In Dvisvabhava signs such as Gemini Vasudha is 76th nadi, that is, from the middle of 150. Thus, there are 450 distinctive names and numbers in the full zodiac. Nadi texts use this concept as basic unit of prediction. That’s why they are called Nadi amshas.

Click Here To Get Solutions For Life Problems From Nadi Astrologer

Chandra Kala Nadi, which is also known as Deva Keralam, was published by Sagar Publications in 1992, edited and translated in English by R. Santhanam. It is a compilation of over 82 hundred verses by Achyut of Kerala, that’s why it is called Deva Keralam. But its original kernel was Chandra Kala Nadi, which has not been preserved as a separate text. Deva Keralam has borrowed many non-nadi concepts also in order to make the book fuller, but it preserves the gist of Nadi astrology. However, there are many different trends in Nadi Astrology which are not present in Deva Keralam. There are Nadi texts named after the planets, such as Guru Nadi or Shukra Nadi and there are voluminous unpublished texts like Dhruva Nadi. The palm leaves in Tamil Nadu temples use a style different from that of Deva Keralam and the Tamil method of Nadi Astrology is paralleled by Brigu Samhita in North India, which has been published in part but many spurious publications in the name of Bhrig Samhita has also appeared in the market. The basic methodology of these nadi or samhita texts have never been described in these texts, hence astrologers can predict only what they already possess and are dumb founded when they do not possess the required leaf about some particular person. The most fundamental trait of Nadi texts is Nadi which is actually a sum total of all divisions of a sign caused by sixteen divisional charts (shodasha vargas) described in texts like Brihat Parashara Hora Shastra. 135 divisions out of total 285 are repeated in other divisional, hence there are exactly 150 distinctive divisions of a sign. But these divisions are unequal, largest division being of half a degree and the smallest division is 36th part of a degree. Another school of thought assumes that all 150 divisions are equal, the value being 12 minutes (arc) in length. When predictions are based on Nadis in which ascendant and planets are placed, it means the combined results of all sixteen divisional charts are being told. Hence, Nadi Astrology is the most detailed and accurate method. But it requires highly precise birth of time, and it also requires knowledge of genuine Nadi texts, most of which are unpublished and the custodians do not allow others to see the manuscripts. The same is the case with Samhita texts in North India such as Bhrigu Samhita or Ravana Samhita. In ancient history, this universe and earth were created by the cosmic God of Knowledge.

The Atma Is The Real You

In ancient history, this universe and earth were created by the cosmic God of Knowledge, Sri Brahma, who is a higher consciousness of every human being and the entire universe is controlled by three powerful cosmic Gods, as the Trimurti – Brahma, Vishnu and Mahesh

Atma is the real you with no body, no mind or no desire. Atman is immortal and characterizes the real you. Changes apply only to the physical bodies. Common stages are birth, childhood, teenage, adulthood, old age and death. The real you – the ATMA – then enters a different body depending on your karma and takes form in relation to the good and bad deeds you have done. Atman can neither be created nor destroyed. Atman manifests in a physical body as per applicable karmas.

In Karmic terms, a transition like this is like a person working in an organization who gets promotion for hard work, efficiency, honesty and sincerity. He is demoted if he is insincere, dishonest, lazy, inefficient and a bad worker. Your karmas determine your progress and slide in life. Do good karmas to see prosperity as bad karmas will bring miseries and misfortunes.

Naadi Astrology is like a mirror of your karmas in the previous births. While this is not entirely accurate, for simplicity sake, let us say there are two options associated with your karma. You either live out your mistakes or you can overcome them by performing corrective actions in a proactive manner – this goes for all living beings

All beings irrespective of species, nationality, religion, social class, aggressiveness etc are controlled by the Navagrahas, the nine planets. The navagrahas are very sincere in their duties as cosmic public servants and never deviate in performing their duties. They cannot be bribed. They affect individual beings as well as entire societies as per the Karma applicable – thoughts, words and deeds of beings in this world as well as other worlds. The current life path of a person is determined by past karma. For example, if a person is blessed with wealth in this birth, then it implies this person has done many punyas or good deeds – activities that resulted in good karma – in his previous births and is enjoying the benefits of it in this birth. It is like a person who has saved a lot of punyas in his account cashing it in when he needs it.

Birth, death, rebirth and moksha are all controlled by our karmas. Paavams or sins – immoral, unethical, devious activities like, cheating, robbery, murder, mass killings are bad deeds that result in negative karma – and they will create obstacles in next birth and take a long time to dilute whereas punyas earned can be spent very soon. From the Hindu point of view, this makes it important that we always think good thoughts and do no harm any other being. Bad karma is committed even if our thoughts are wrong.

What has to be given to you in life, when, how and where, are all decided by Brahma using the navagrahas and the siddhar channels. As Brahma cannot do everything in our realm directly, 84,000 Siddhars have been created to perform duties on his behalf.

Agasthiyar Is The Leader Of All Siddhars

Siddhars are only another level of public servants in the cosmos and they have capabilities and energies many would consider supernatural, although in Hinduism this is quite normal. Of all Siddhars, 84,000 are identified as very powerful and these siddhars express themselves by way of Naadi. Agasthiyar is the leader of all Siddhars. Other important Siddhars are Bokar and Patanjali. Agasthiyar always propagates Jeeva Karunyam – never harm anyone – taking care of all living things in this world and guiding them to the path of Gnana or attaining the supreme self-knowledge.

Nadi talks about a person’s past, present and future and is mostly concerned with material things like getting a job, construction of house, marriage, curing a disease etc. Gaanda Naadi was already written by Siddhars several thousands of years back and is available in Tamil Nadu with the blessed people.  Jeevan Naadi is like a live thing happening. It is mainly concerned with Gnana and Nakchatra.

Chapter 1 - Deals with general predictions which will also confirm the names of father, mother, brothers, sisters, spouse and children.

Chapter 2 - Tells you about wealth, family, education, speech and communication skills and eyesight.

Chapter 3 - Consists of details on brothers and sisters and your relationships with them.

Chapter 5 - Tells about number of children and specifically whether sons or daughters and relationship with children and also the reasons for no children.

Chapter 6 - Deals with enemies, debts and diseases and the reasons for them.

Chapter 7 - Deals with marriage, happiness in marriage, divorce, number of wives, widowhood, nature of wife and partnership in business and success from partnership.

Chapter 8 - Tells about life span, death, type of death whether natural, normal death or due to drowning in water or from  fire or accident or due to long term chronic diseases. It also tells about court cases, imprisonment and timing of these events in life. This chapter also reflects on inheritance of properties and assets. It also gives insight on loss of dignity in society due to scandals.

Chapter 9 - Talks about father and the pilgrimages you will undertake. It also tells about your luck and fortune in this life.

Chapter 10 - Speaks about job, profession, career, nature of job, what jobs will suit you best, source of income, business, nature and type of business, whether manufacturing or trading or import export.

Chapter 11 -  Tells about profits and gains and also about second wife.

Chapter 12 - Speaks about losses and expenses, salvation, next birth and overseas travels.

Chapter 13 – Talks about past life karmas, past life sins and remedies.

Chapter 14 - Deeksha kaandam and gives you the mantras to win over enemies, litigations and diseases.

Chapter 15  – Oushadha kaandam which talks about diseases and herbs/moolikas to cure these diseases.

Chapter 16  – Dasa bukthi kaandams and their influences in your life.

Chapter 18 - Gnana Kaandam and throws light on spirituality and mukti.

Here Is More About Nadi Astrology 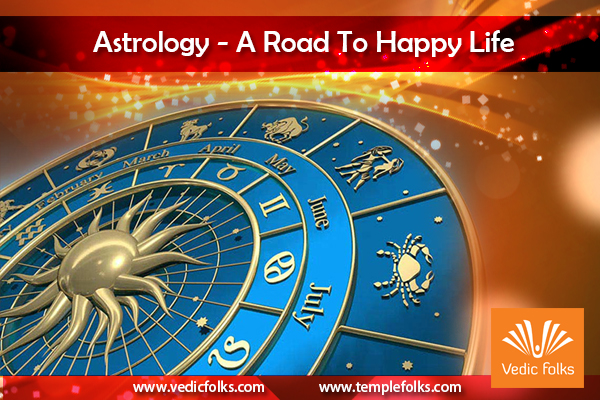