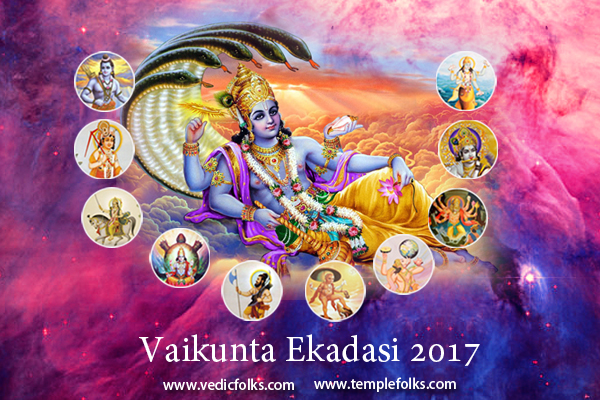 The significance of Vaikunta Ekadasi can be traced to the Padma Purana which says that Lord Vishnu took the form of Ekadasi, female energy, to kill Muran, a demon. All this took place during the month of Margazhi, the last half and the first half of December-January. Impressed by the goddess, the lord declares that whoever worships him on this day would reach Vaikunta or heaven.

Devotees fast and observe a strict vigil the whole night. Some people indulge in meditation, utter mantras and sing verses praising the Lord. Pulses and cereals are avoided on this day. They queue up outside Vishnu temples at the auspicious time when the gate of Vaikunta is opened. This is symbolic gesture that means God has opened his doors to heaven for his admirers. The day provides an opportunity for purifying one’s soul by removing all the bad Karma and kick start a new life afresh.

Vedicfolks plans to perform the mammoth Dasavatharam Homam for its customers on this auspicious day that falls on 8th January, 2017.

Dasavatharam refers to the ten avatars of Lord Vishnu. He is said to descend in the form of an avatar to restore cosmic order. These avatars play a major role in shaping human evolution through centuries. When evil ruled over good, He appeared on earth as nine avatars or incarnations to restore the balance. It is said that the almighty is yet to appear for the tenth and the last.  The ten forms are Mathsya, Koorma, Varaha, Narasimha, Vamana, Parasurama, Rama, Balarama, Krishna and Kalki.

Vedicfolks is all set to perform this Homa on Vaikunda Ekadasi day. Our trained Vedic scholars and pundits are all set to carry out the ritual that invokes the blessings of the ten forms of Vishnu, by following strict Vedic norms. We are a leading Vedic consulting company that helps organise the yagya that proves to be succour to acute illnesses, negative influences of planets are refrained, also wealth, success and prosperity are achieved besides many other benefits.  24/ 7 online support is available for booking the yagya in advance. Live TV shows are being arranged and thereby bringing the Lord’s blessings to your homes.

Dasavatar – 10 Avatars Of Lord Vishnu Importance Of Worshipping Them 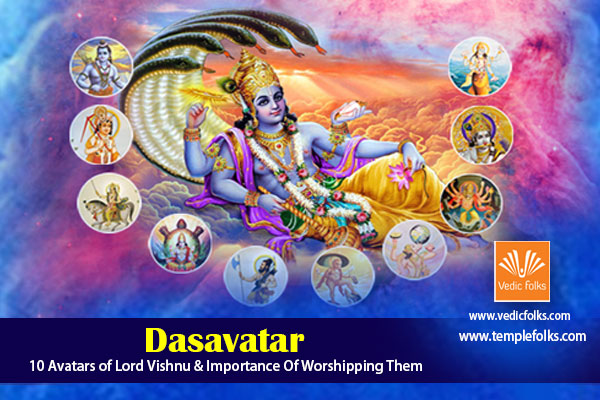