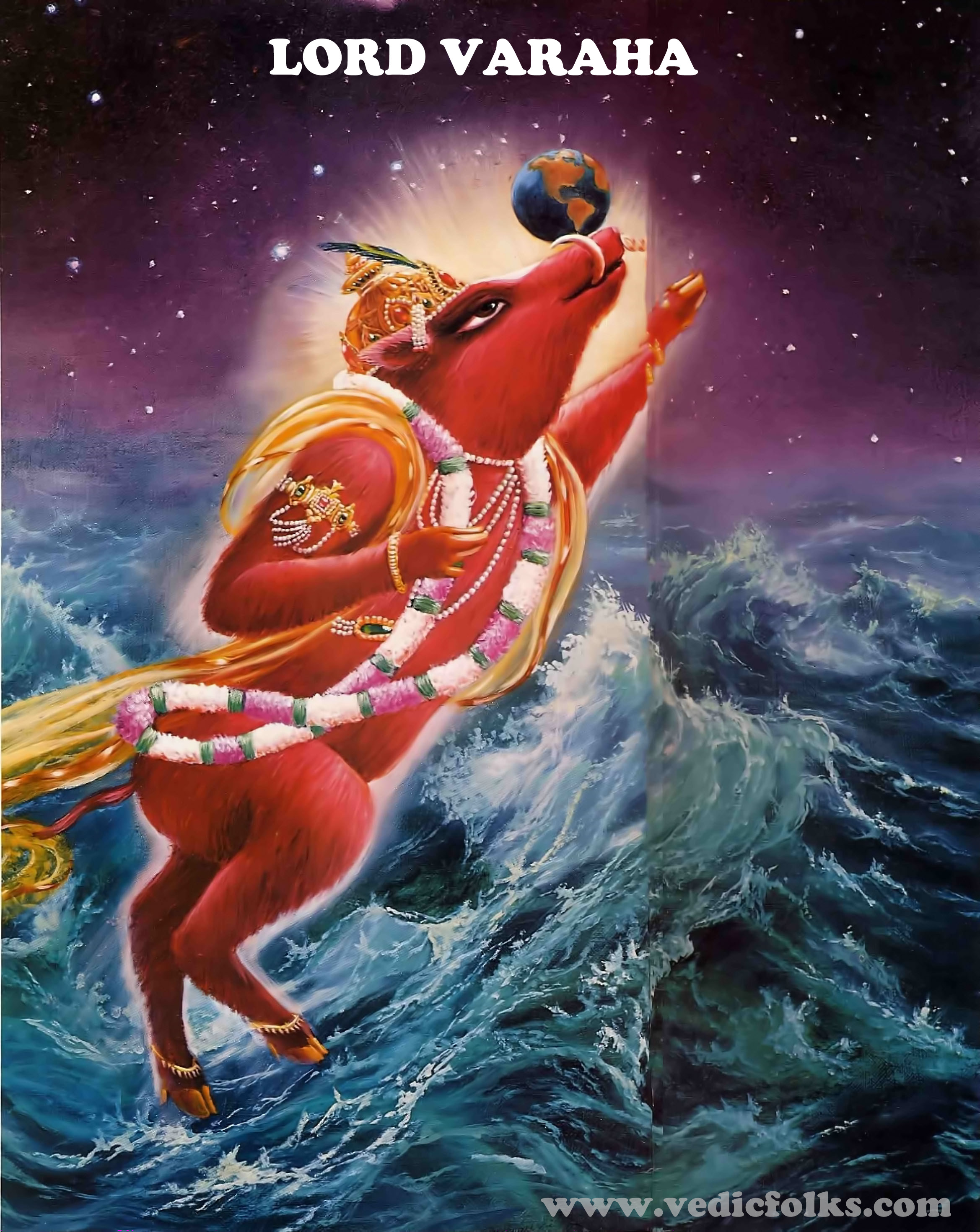 Varaha Avatar, the third manifestation among the 10 Dashavatara of Lord Vishnu, is as a Boar. The Lord showed up as a boar to beat Hiranyaksha, a devil, who had taken the Earth and conveyed it to the base of the huge sea. The symbol of Varaha means the rebuilding of the Earth from a pralaya (flood) and the framing of another kalpa.

Varaha is represented as in animal structure bearing a boar head on a man’s body. He has four arms, two of which hold the wheel and conch-shell while the other two hold a mace, sword or lotus. The tusks of the boar grasp the Earth.

Varaha Homam is dedicated to Lord Varaha the incarnation Lord Vishnu. Performing this varaha homam favour an individual to get relief from Vasthu related doshas.